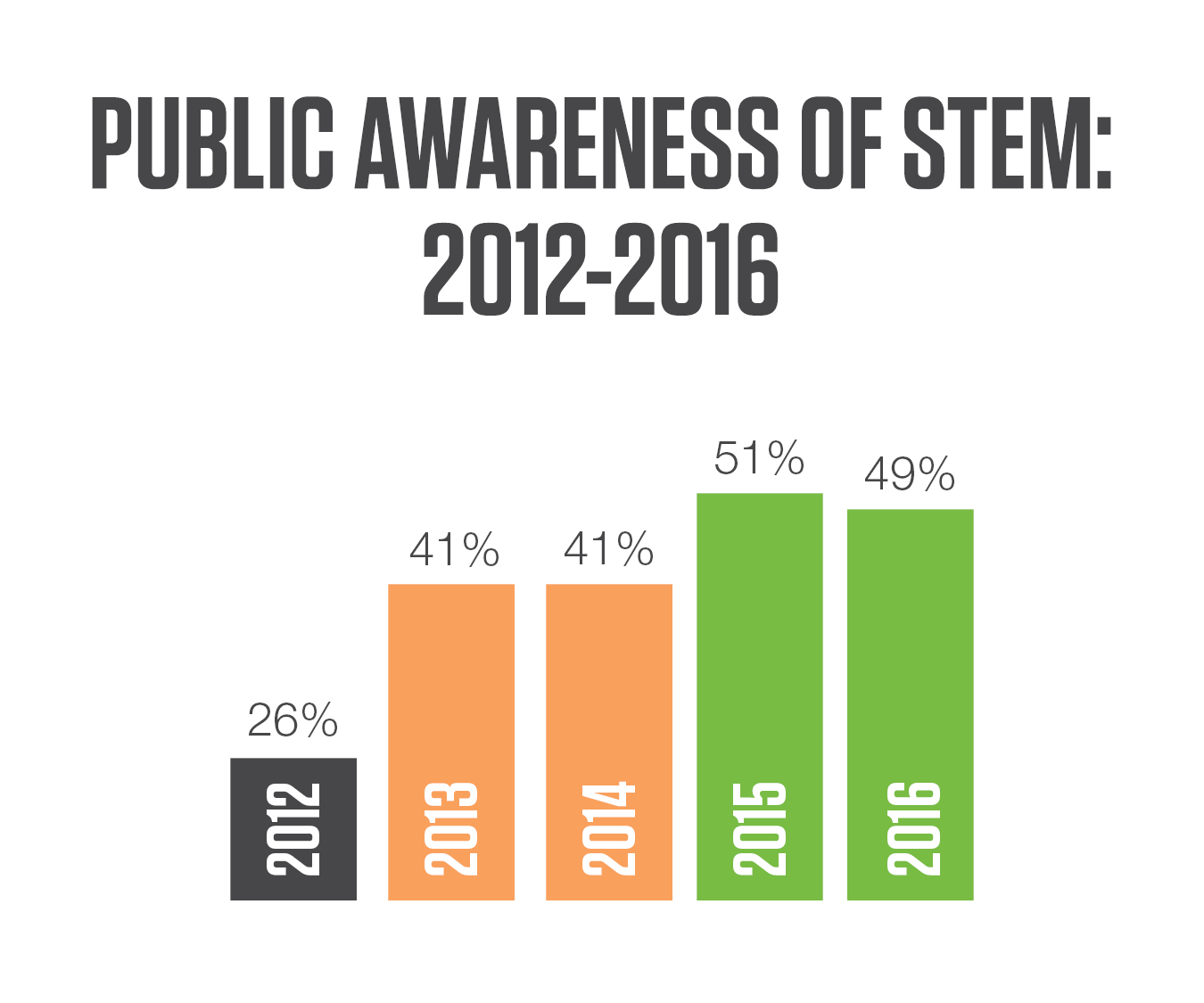 According to the latest data pulled in summer 2016 as part of a statewide public awareness and attitudes survey, awareness of STEM has almost doubled from 26% measured in 2012 to 49% measured today.

The Iowa STEM effort is all about improving student interest and achievement, as well as helping connect those passions to STEM careers in Iowa, in partnership with higher education, PreK-12 schools, business and industry, nonprofits, governmental agencies and more. Instrumental in that quest is to grow a state full of STEM-literate citizens knowledgeable about the demand and eager to help convey that message on to their family, friends, co-workers and more.

To measure progress on that objective, an independent and annual statewide survey of public attitudes toward and awareness of STEM has been conducted annually since 2012 by the Center for Social and Behavioral Research (CSBR) at the University of Northern Iowa. Approximately 1,800 randomly-selected Iowans participate in the telephone survey each year to help the STEM Council gauge the public’s knowledge and support for STEM efforts.

These and much more findings will be included in the 2016-17 Iowa STEM Evaluation Report to be released next summer. Programs of the STEM Council are annually measured by an inter-university collaboration of the Research Institute for Studies in Education at Iowa State University, Iowa Testing Programs at the University of Iowa and UNI’s CSBR. Until then, results from previous reports are available at www.IowaSTEM.gov/iowa-stem-evaluation.